Ayumi Tokita (常田 鮎美 Tokita Ayumi) is the daughter of The Southern Winds' owner. Though her beauty attracts a lot of customers, she is painfully shy around people, especially men. In order to face people, her father often fits her with a kigurumi mask that looks like Ika Musume.

She occasionally works at the Lemon as a means to improve her sociability and is quite bashful around Eiko. However, she is fine talking to anyone she doesn't consider to be human, which so far includes Ika, Chizuru and Sanae, and can also talk with animals. In the first drama CD, she confesses that if she isn't wearing a kigurumi mask, she can't properly express herself[1].

Ayumi is a beautiful teenage girl. Initially she often hid her pretty face behind a mask. When she is part timing at Lemon, she would normally wear Lemon's uniform; though at one time she dressed up as a maid.

Ayumi is very timid, and is shy around men especially. She does appear to be very friendly, and does try her best to please her father. She doesn't fear ghosts because they aren't human.

Ayumi starts to spend more time working at the Lemon Beach House after her father builds a fake Ika Musume. When Eiko notices how Ayumi struggles with talking to people, she thinks it's a self-confidence issue, and trains Ayumi to perform in front of an audience. Ayumi later takes in a stray dog and raises it as her own pet, naming it Futarou. It becomes friendly with Sanae's dog Alex. 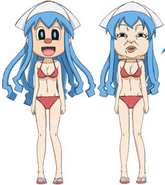 Ayumi in her Ika Musume costume. 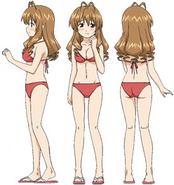 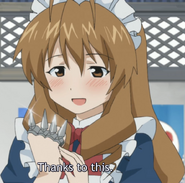 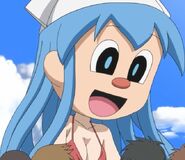 Ayumi after getting wet. 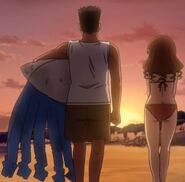 Ayumi's masks at the end of Metamerism.

Ayumi Tokita's height compared to the others.